With an abundance of streaming platforms and projects that spotlight budding talents, the music scene is changing, gradually giving way to DIY music and aspiring artists.

From bedroom pop singers to garage rock bands, we’ve seen a myriad of independent artists rise up the ranks of music through the years. And, it shows no sign of slowing down with DIY artists, like Yaeji, Bohan Phoenix, Anderson .Paak, and Say Sue Me, across the world making it big.

Especially in this pandemic season, music has shifted from upscale, grand productions to cosy home setups, almost instantly changing how music is produced, distributed, and performed. While there are many resources available that make creating music a seamless experience, it can also be quite overwhelming.

To help you get started, we’ve shared some tips and tricks to start getting your music out there. From building an online community to joining music competitions like Vans Musicians Wanted, check out this starter guide for budding DIY musicians out there, featuring some Vans Musicians Wanted’s past judges and winners.

You can’t get your music out there if you don’t have music to share. Fortunately, in today’s world, recording music has never been easier. There are a number of ways you could go about recording your tracks.

You can do it in the comfort of your own bedroom. Building a home studio is easy and doesn’t have to be expensive. All you need is some recording equipment like a mic and some software.

Through the years, there have been more and more programs and softwares or digital audio workstations (DAW) available that you can easily use to record, edit, and mix your songs, some of which are either free or inexpensive.

Here are some DAW you can try out

Alternatively, you could also book a studio that comes with all the equipment you would need to create sonic magic. It’s definitely worth it if you want to achieve something you can’t do at home, specifically if you want to record with a band or multiple different artists.

They don’t have to be costly as well, with many recording studios offering rates at a reasonable price. In Singapore, you can check out studios like TNT Music Productions, Snakeweed Studios, or The Basement Studios.

In a world dominated by digital streaming, it is absolutely essential to have your music on streaming platforms, it’s where most people will actually listen to your music.

Today, millions of people across the globe subscribe to streaming services like Spotify, Apple Music, YouTube Music, Tidal, and JOOX for their daily music needs. So, to say the least, it’s definitely worth getting your music on there.

It does, however, take some work. You’re going to need a Digital Service Provider (DSP), which is a platform that helps distribute your music and content to streaming services for a small fee or monthly subscription. Check out some popular DSPs below:

Beyond just putting your music on streaming platforms, it’s also worth getting your songs on the platform’s curated playlists. These playlists, be it on Spotify, Apple Music, or wherever, reach thousands of people everyday and have been known to propel an artist’s reach by tenfolds.

How do you get on playlists, you ask? Well, for platforms like Spotify, you can submit your unreleased music for their editorial playlist consideration using their Spotify For Artists feature. Alternatively, you could also reach out to independent playlists which usually launch pads for bigger features.

Another option are also platforms like SoundCloud and Bandcamp that are specifically designed for DIY artists to get their music online and heard. These two channels have low barriers of entry, allowing anyone to publish their music and get discovered by communities all across the world.

In today’s music industry, having a community is vital. These are the people that will actually listen and support your music. When you look at some of the country’s biggest artists like Shye, Forests, Charlie Lim, and .gif, their entire careers started off with a loyal community of fans with engagement and active communication at the centre of it all.

Now more than ever, it’s relatively easier to gather a following that spans all across the globe with social platforms like YouTube, Instagram, Twitter, and even TikTok right in the palm of your hand.

“We got more mindful of how we react on social media because our music has reached a wider audience,” says metal band Mi Ultimo following their win at Vans Musicians Wanted 2017.

All you really have to do is post consistently and create content that your fans and new listeners can relate to and enjoy. These can be as simple as an update on your upcoming releases or as grand as a cover of your new favourite song.

Beyond having your music exist in the digital space, it’s also important to actually get your music out there, and one of the most comprehensive ways to do this is by joining music competitions. They allow you to perform your music live, introduce yourself to a larger audience, get feedback from fellow musicians, and possibly win prizes that’ll help with your music.

One of these competitions is Vans Musicians Wanted, which aims to showcase undiscovered talents from the region and spotlight budding music scenes across Asia. Paving the way for coveted acts like Shye, Ultra Mega Cat Attack, Mi Ultimo, numnum, Shaerae, and many more, the Vans-powered music competition has become a pillar in independent music having helped hundreds of aspiring musicians share their talents and music.

“We have played similar shows but the Vans Musicians Wanted was what struck us the most, a bucket list that we hoped to experience repeatedly. It was a chance to represent the country in an international event that showcases talents from all over the world,” says Mi Ultimo.

Across six editions, the competition has become a platform for aspiring musicians to share their art not just within their local music scene but across the globe. From performances at renowned stages to opening for coveted artists, Vans Musicians Wanted has always given opportunities for artists to grow and evolve in their artform, even after the competition.

“Vans Musicians Wanted is so important to me because it was the beginning of this amazing journey that I’ve been so lucky to grow from. It gave me the opportunity to go out and actually do what I love,” says Shye. 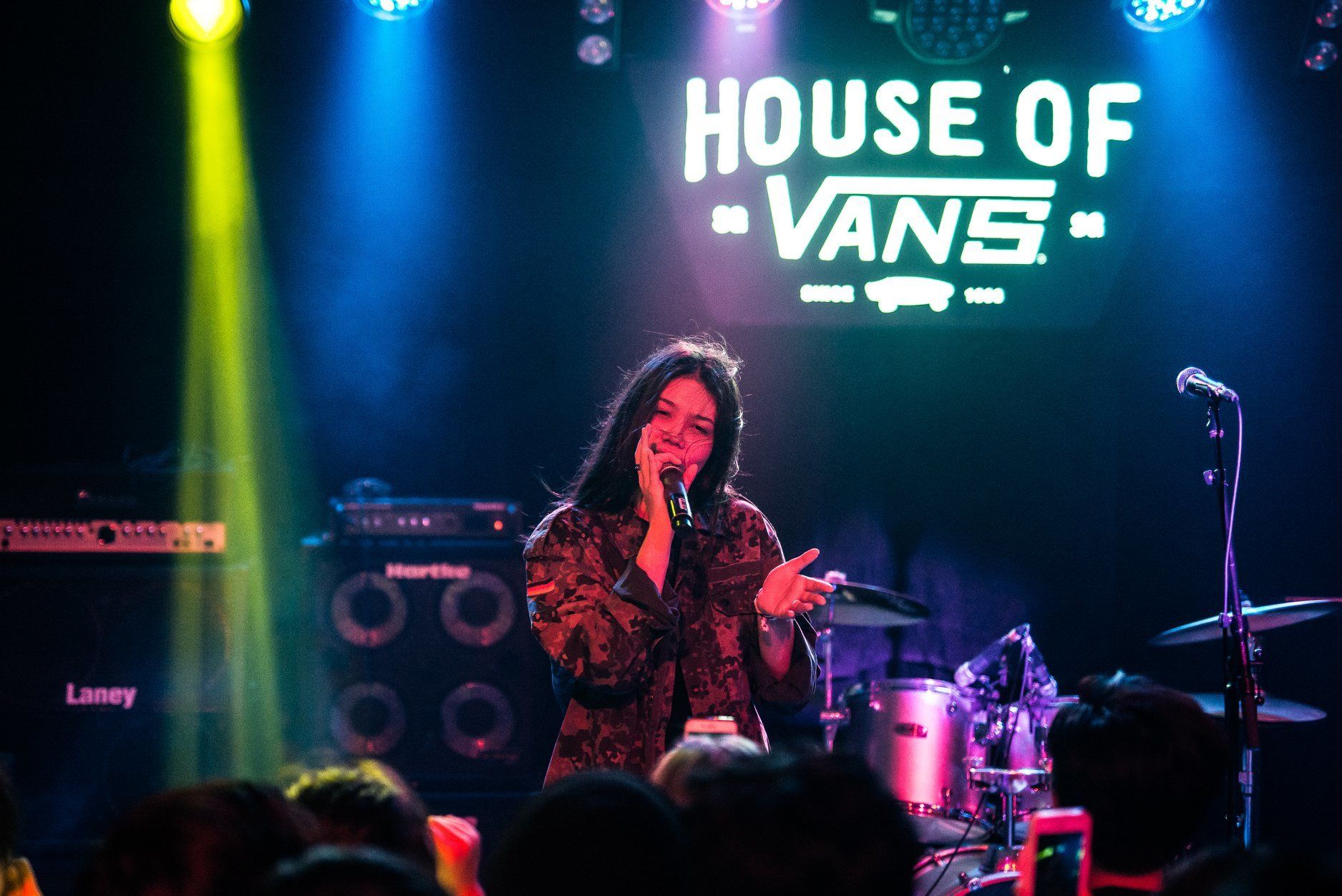 Performing in front of a crowd, at a music competition no less, can be quite nerve wracking, but it doesn’t have to be all that bad. Being nervous and having stage fright happens to even the world’s biggest musicians but you’ll soon realise that it’s all part of the fun, nothing comes without a little bit of fear.

“It’s been six or seven years, but it’s like that all the time – it’s just panic. It’s that moment right before you step on stage and before you take the mic; it’s just pure and unadulterated panic,” said .gif’s Weish.

“And then you start your first word, and everything is fine. You have to trust that after your first note or chord, it’s just going to come out as is – it’s going to be cool.” 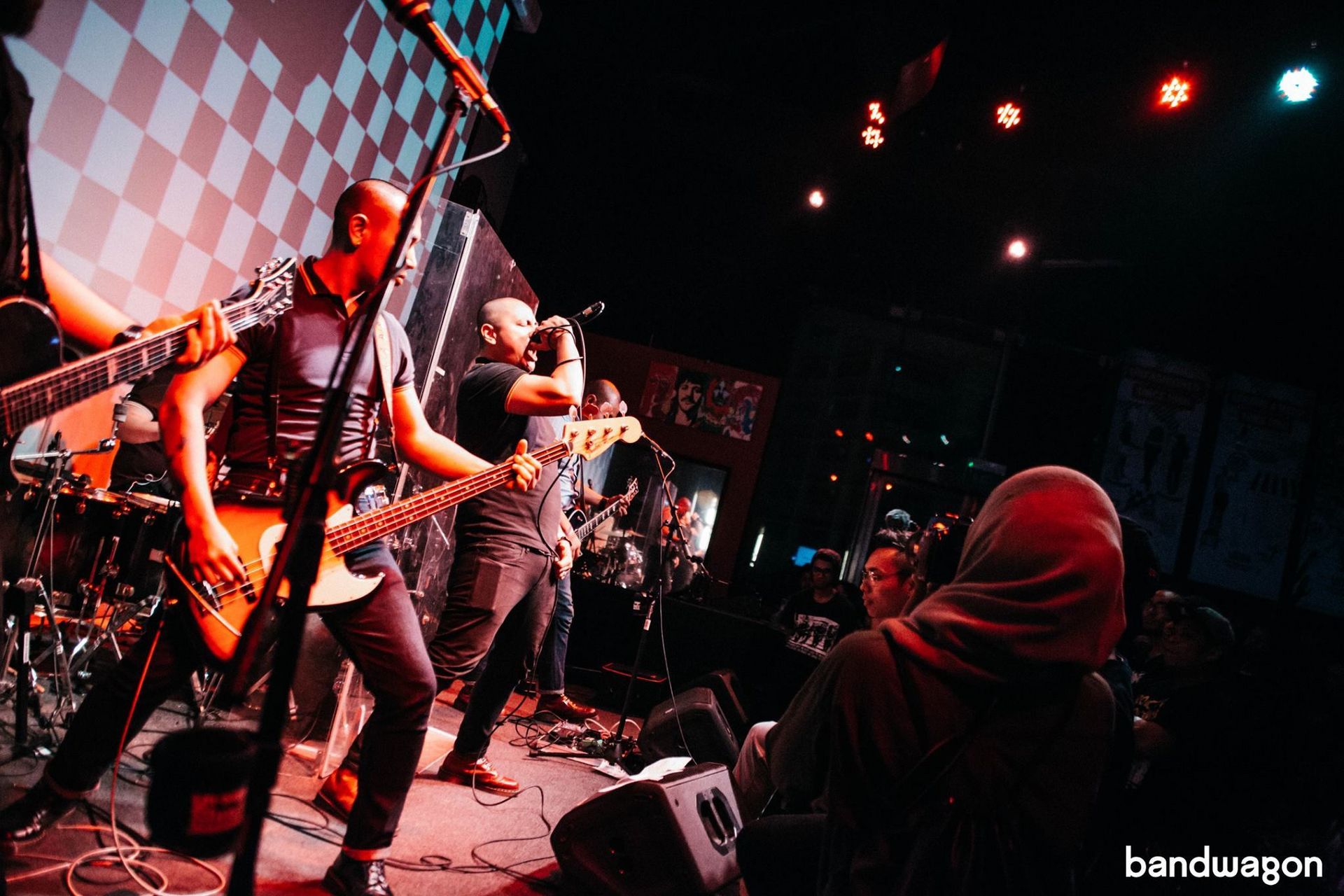 The best way to get rid of your nerves is to prepare and practice, know your performance and song like the back of your hand.

“You can be tight as a band, but please make sure your gear is on-point. For example, make sure your guitars and basses have been set up properly. Anything can happen on that day, and the best way to be prepared for that is to have your gear ready,” says Generation 69.

“The rehearsal time you had, the things you were going to say and the song you’re going to play should have been practised already. You do all that hard work so that when you’re on stage, it’s just a real genuine moment that you are sharing with the people who are there,” says THELIONCITYBOY.

Most of the time, good art can’t be made alone so collaboration is such an important facet of music. It’s a natural part of the music scene and it can help aspiring musicians achieve new heights.

In particular, collaborations can help you learn new skills and come up with new ideas. The music scene is filled with immense and varied talents, from producing and composing to singing and songwriting, and getting to work with people with different skill sets can help hone your craft in more ways than one.

During the collaborative process, you get more insight into another person’s creative process and musical strengths, allowing you to pick up new techniques and skills that you can use to expand your artistry.

Additionally, it can help you step out of your comfort zone. When you’re working on your own music, there’s a tendency to stick with what you know and fully dedicate yourself to one style or genre. Collaborating with other musicians and talents helps you see things from a different perspective and try out new things. And, a lot of the time, the result is amazing music that you wouldn’t even have thought of making otherwise.

Another notable aspect of collaboration is that it can introduce your music to a wider audience. When you’re collaborating with other musicians, not only are you releasing music to your listeners but their listeners as well.

But, the best part is that getting collaborations isn’t that hard. All you really have to do is reach out!

Getting your name on music publications or even blogs is a good way to show credibility and showcase your music to a vast audience. Many people look to music publications for new music and artists to listen to, so it’s an excellent way to further build your community.

But how do you get on music publications?

It involves a lot of emails. You need to pitch your music and yourself to publications and blogs, usually through their editorial emails. While you could also reach out to their social channels, they’ll usually always redirect you to send your pitch to their email anyways.

In your email, you need to introduce yourself and give a tidbit on why you’re worth listening to. Think of it as your elevator pitch, how you would yourself as an artist in the best way possible in three sentences or less.

“If I were to submit a write-up, I’ll make it quirky – that’s who I am. Not just “My name is so and so, and I come from here”, but something that people would catch on with. With the bios, I would go down the route of something that will stand out,” said THELIONCITYBOY.

After that, you also need to attach an electronic press release or EPK, which is essentially your music resume. This helps music journalists understand exactly who you are as an artist and gives them what they need to know about you and your music. A typical EPK would contain your bio, a selection of your best songs, high-res photos, social media links, and your contact information.

“If I got a sound or song that I’m excited about now, then I’m going to record that and put that in,” says Weish.

Getting your music heard can be a winding process but it doesn’t have to be too hard, with many avenues like streaming platforms and music competitions continuously spotlighting DIY musicians.

Vans Musicians Wanted is back for their 7th instalment! Calling all aspiring singers, rappers, and instrumentalists, the music competition is open to anyone who wants a chance at getting their music heard. Like previous editions of Vans Musicians Wanted, there is a grand lineup of prizes that awaits including a chance to perform alongside YUNGBLUD.

Submissions for Vans Musicians Wanted will start on 7 July until 23 July, and you can sign up through this link.