Arriving just days after making his Red Rocks debut alongside his mentor deadmau5, Lamorn’s debut EP Encore has the makings, and whispers, of a landmark electronic release. Available now via mau5trap, Lamorn’s stadium-indie Encore EP features 8 tracks including singles “Physical Layer” and “Between Us.”

An innovative debut rooted in deep reflection, Encore basks in lush textures, sophisticated songwriting, enthralling vocal performance, and powerful memorandum. Lamorn’s debut reads to its audience as an encore to the young adult’s life, weaving tales reflecting a coming-of-age, and finding independence. For fans of psychedelic rock giant Tame Impala to technical masterminds like deadmau5, Lamorn is the fantastic intersection of infectious sound. “My life has changed a lot this past year,” explains Lamorn on his Encore EP. “I can feel my childhood moving further away, as adult life is beginning to kick in. ‘Encore’ reflects on that, being a song about missing the past, but also looking forward to the memories that are yet to be made. It’s always been a goal of mine to make a body of work that feels like a good representation of who I am in a certain era of my life. The first time I listened through the finished tracklist, I knew immediately that I had achieved that goal. This is me, and I’m very excited about that.”

Kicking off his debut EP is “Encore,” a sonic buffet of electrifying guitar riffs and bubbly keyboards. Featuring Lamorn himself on vocals and co-written by UK writer/producer Phil Simmonds (Kareen Lomax, Olivia O’Brien, Diplo), “Encore” is the exciting beginning of what is yet to come. Psychedelic rock erring “Missing Voices” explores motifs of growth, as Lamorn’s instrumentally-driven debut mau5trap single “Physical Layer” follows in time. Lighthearted and wistful production best describes “Ordinary,” a track chronicling ultimate acceptance and comfort. Clocking in at just over 6-minutes, Lamorn’s “Local Sentiment” blends swift electronica punches with powerful lyricism to create an ode to growing up. True to Lamorn’s typical fashion, his “Between Us (Reprise)” boasts thought provoking sound design, as it leads way into his “Between Us.” Robotically funky and featuring Lamorn once again on vocals, the brilliant track serves as a shining testament to the creative’s innate dexterity as an artist. Teaming up with blossoming superstar and fellow School Of Rock alum Molly Otto for Encore’s final track, the familiar pair shine in tandem on “Lonely Light.” Arpeggiated synths set the stage as Molly Otto’s entrancing vocals wash over smooth symphonies. A seeming match made in heaven, Lamorn and Molly Otto deliver a pop-forward collaboration for the ages. Lamorn’s Encore EP is an elegant debut for the ages, circumnavigating 18 years of life experience in 36 sweet minutes, and capturing the essence of growing up through glowing sound.

Hailed by Billboard Dance as “inimitable talent,” Lamorn’s swift rise to stardom has been echoed by all corners of the industry, from leading tastemakers to accomplished musicians alike. The prodigal artist rose to critical acclaim with his debut mau5trap release Physical Layer, receiving high praise from Rolling Stone, MusicTech, Billboard Dance, MP3 Mag, and many more. His subsequent follow up Lonely Light garnered attention from Forbes, who called Lamorn’s music “spellbinding.” To date, Lamorn has graced multi-thousand attendee audiences across North America with his captivating live show, including sold out performances at The Brooklyn Mirage (NYC), The Rawhide Event Centre (Arizona), and The Factory (St. Louis). Just this month, Lamorn accompanied deadmau5 as the special guest for both nights of Day of the deadmau5 at Red Rocks (November 4 & 5, Morrison, CO), as well as his Day of the deadmau5 in Miami, FL (October 28-31).

With a penchant for fusing sonic electronic production with lush alternative instrumentation, Lamorn is a teenage virtuoso, championing a unique stadium-indie sound with each new release and live performance. 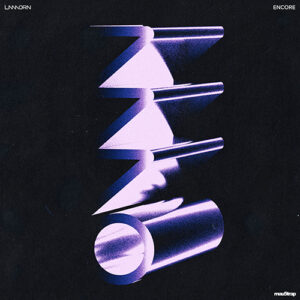